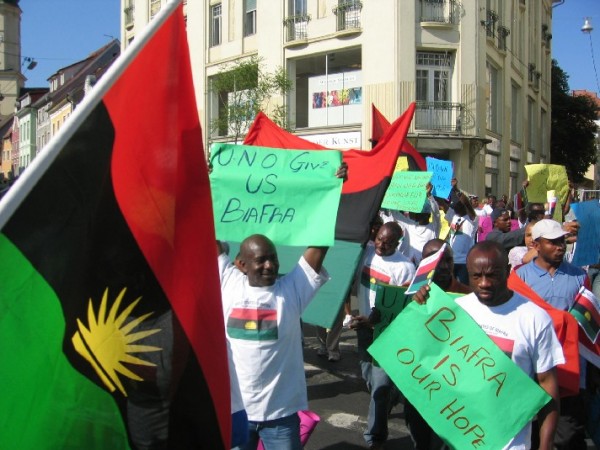 Leader of the Movement for the Actualization of Sovereign State of Biafra (MASSOB), Chief Ralph Uwazuruike, yesterday, gave reasons why the United Nations should allow Biafra to be separated from Nigeria.

One of the reasons, he stated, was that the population of the former Eastern state, now South East and part of South South that make up Biafra land can currently boast of over 10 million people. Also,he noted that the Biafran people naturally do not share similar culture and tradition with Hausa-Fulani of the North and Yoruba of the South West as to continue to remain together under one country called Nigeria.

According to Uwazuruike, another reason was that MASSOB, as a separatist group, had all it takes to run a sovereign state of Biafra, having had enough instruments, structures, flag, currency, coat of arms and defence to assume a status of an existing government.

Speaking to newsmen, yesterday in Onitsha, Anambra State, through MASSOB’s Deputy National Director of Information, Mazi Chris Mocha, ahead of the ongoing UN General Assembly, Uwazuruike renewed his call on the world body to accord a recognition to Biafra as a sovereign state, just as it did to South Sudan which had been accorded a sovereign status since July 9, 2011.

Uwazuruike, therefore, urged UN to grant the sovereignty of Biafra to save the people from further annihilation in Nigeria since there was no basis whatsoever for Biafra people’s continued stay with Nigeria. “Nigeria cannot make any appreciable economic progress until Biafra is allowed to go, particularly now that Lord Fredrick Luggard’s amalgamation of 1914 has since January 1, 2014, expired after 100 years of the amalgamation.”

He wondered why the UN had not been proactive in tackling the problem of oppression in Nigeria, asking: “is UN waiting till things degenerate into full blown war again or to continue as genocide before they will act?”