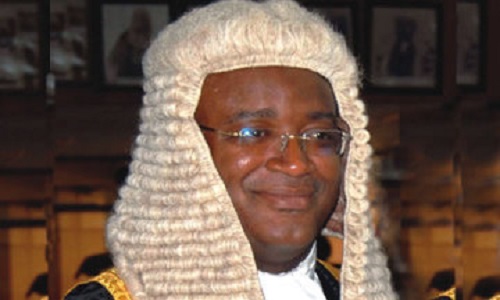 The Nigeria Bar Association (NBA) has rejected the call by organised labour for capital punishment for public officers found guilty of corruption and corrupt practices in the country.

NBA President, Augustine Alegeh (SAN), who made the association’s position known while receiving the President of Nigeria Labour Congress (NLC), Comrade Ayuba Wabba, at the Bar House in Abuja, said it was not ideal that while other countries are moving away from capital punishment, Nigerians will be advocating for such.

He said what needs to be done to stem corruption in the country is for the government to evolve measures that will prevent people from looting the treasury, pointing out that the newly introduced Treasury Single Account was one of such measures.

Alegeh argued that the plea bargain, which has formed part of the Justice system in the country, is a good measure of recovering stolen money for people, pointing out that if the government had applied it since 2007, a lot of money would have been recovered from those accused of corruption.

He said: “It was on the front pages last week that people who are involved in corruption matters should be sent to the gallows and be killed, that there should be capital punishment and I said no.

“The international trend is that every country is moving away from capital punishment. So, where the world is moving away from, why are we going there? In corruption cases, the focus is on recovering of the money. Let us recover that money and use it to develop our country and not to kill the man.

“If you kill the man and the family has the money, have we made any progress? So, let us go for what is right. For us, plea bargain which is in our new criminal justice act is very good. If we had done plea bargain with some of the governors in 2007, we would have had more money in the system than today.

“Chelsea Hotel was seized from somebody and is now infested with rats and the man they seized it from now has New Chelsea Hotel. The one that government seized is infested with rats. Assuming that hotel was functional and the revenue going into our consolidated revenue fund or the federations account, is that not adding more money for us. The seized the hotel from somebody they said embezzled money and the place is dead today. That can’t be right”.

The NBA president noted that “Where ever there is corruption, it is money meant for development that has been take away. The first thing that we should be looking at is how do we get this money and put back into the system to aid development. Punishment should take the back stage, while you reform.

“The Treasury Single Account being introduced by the government now is a step in that direction. Let us first know where the money is, we know what we are expecting, we know the account.

“If you know that everybody is looking at that account, you cannot say that the money has not come or the money is in one account or the other. I commend government, but I think there are more steps government can take.

On accusations that lawyers often defend people accused of corruption, Alegeh said, while NBA will do all within its power to maintain its position on the rule of law, it is the duty of every lawyer to defend a client even when such a person pleads guilty to the crime.