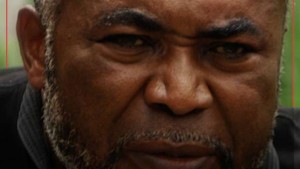 While the Nigerian government has continued to fight the Boko Haram to free the North of the terrorists, veteran Nollywood star, turned ‘Man of God’, Zack Orji has urged Christians in the North to hold unto their faith in God.

Zack Orji made the call during his sermon at the first thanksgiving service of The Stream of Grace Church, Ikotun, Lagos, saying rather than be bitter, Christians in the North should hold on to God’s promises from the Bible.

“Northern Christians should not lose faith in God, though trials and tribulations will come but the Bible says many are the afflictions of the righteous but the Lord delivers him from them all,” he began.

Speaking further, the Glamour Girls actor said, “Definitely the end of insurgency in Nigeria is fast approaching and whatever northern Christians are going through is just a phase that will not last forever. God will surely bring it to an end. They should keep on depending on God who is the ruler over affairs of men, governor of all nations and keeper of Nigeria”.