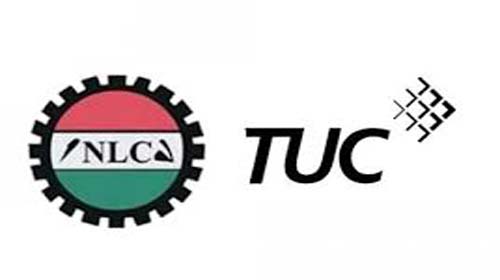 The Organised Labour Movement in the country has said that Nigeria is not a failed state, irrespective of the myriad of challenges.
The Trade Union Congress of Nigeria and the Nigeria Labour Congress stated this in separate messages to mark the country’s 55th Independence Day anniversary on Thursday in Lagos.
The TUC President, Mr. Bobboi Kaigama, said that there was no problem which the nation presently faced after 55 years of independence that it would not be able to surmount.
Kaigama identified some of the challenges bedevilling the country as ethnicity, nepotism, unemployment, poverty and hunger, widespread corruption, non-ideology based politics, insecurity, insurgency and kidnapping.
According to him, others are mismanaged economy, free-fall of the Naira, high taxation, increase in electricity billing systems and casualisation of labour.
He said countries that are advanced in their democracies also have their peculiar problems, “yet their citizens have not dismissed them or redrawn their maps.”
Kaigama urged the people to exercise patience and support President Muhammadu Buhari to fulfil his promise of good governance.
He further advised the government to remain focused to be able to achieve its desired good governance in order to make a positive change in the country.
The NLC President, Mr. Ayuba Wabba, also called on Nigerians to support the President in delivering improved governance.
Wabba blamed the performance of the economy before the general elections on dwindling oil sales in the international market, fiscal indiscipline, rising cost of governance and unhelpful macro-economic policies.
He said it was regrettable that before the general elections, the economy dropped to its lowest ebb to the extent that funding the 2015 budget was difficult and the government had to borrow to pay salaries.
He said that not all ministries, departments and agencies were paid, and apart from some states, the rest were unable to pay salaries or pensions, leading to a backlog of up to six months or more of unpaid salaries.
He urged the government to put in place a response strategy that could mitigate the after-shocks and ensure a robust recovery.