Baba Ijebu At 80: Adebutu, Baba Ijebu, To Be Installed As Asoju Oba Of Lagos

As part of the activities to mark his 80th birthday and 10th anniversary of  his Foundation, billionaire and philanthropist, Kessington Adebukunola Adebutu, will be capped as the Asoju Oba of Lagos by Oba Rilwanu Osuolala Akiolu on Thursday. 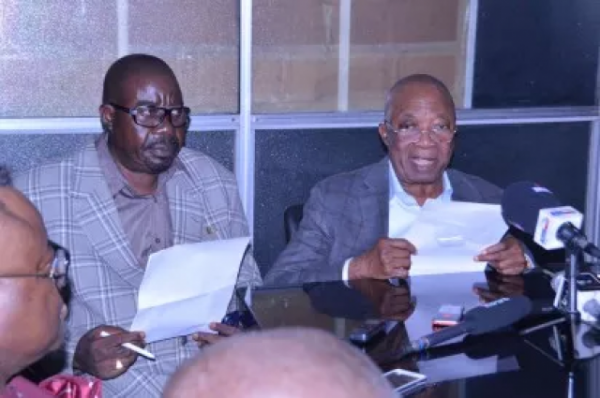 “On Thursday, there will be special capping ceremony where I will be installed as the Asoju Oba of Lagos at the palace of the Oba of Lagos, HRM, Oba Rilwanu Osuolala Akiolu. The Iperu-Remo born financier of Premier Lotto, popularly known as Baba Ijebu, told journalists, yesterday, that from tomorrow Wednesday, there will be a medical outreach programme for the general public. The outreach, he noted, will cover such areas as diagnosis and treatment of Nigerians from all walks of life at the Kessington Adebukunola Adebutu Foundation headquarters in Iperu Remo.

On Friday, the 23rd of October, there will be a special promotion by Premier Lotto to distribute prizes to our loyal customers and the general public. Eight brand new cars and other high-value gifts items that will be won on that day while on Saturday, the grand finale of my birthday will be coming up at Eko Hotel and Suites”, he said.