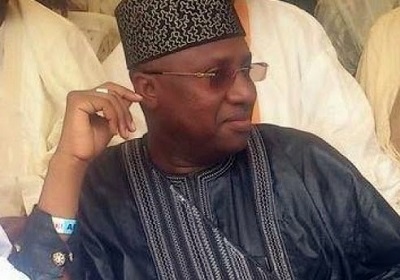 Governor Umaru Jibrilla of Adamawa State on Sunday blamed elites in the state for spreading the rumour that he had been barred by residents of Mubi, his hometown, from going to the area.

In a statement by the state’s Commissioner of Information, Ahmad Sajoh, the governor accused the elites in the state of sponsoring the campaign of calumny in order to derail his ‘developmental strides’.

Gov. Jibrilla said he was not surprised by the latest campaign against him as it had been an entrenched culture of the elites which was used to bring down past administrations in the state.

“Because of the lacklustre attitude of the elites in the state whose neglect led to the total impoverishment of the people, it took someone like Owelle Rochas Okorocha from far away Imo State to build schools that will cater for the neglected vulnerable children of poor peasants and traumatized Internally Displaced Persons.

“It’s indeed a shame on us all; especially given the colossal amount we waste fighting our Governments”, he said.

The statement added that it had become the usual antics for elites in the state to bring down administrations that do not dance to their wishes.

According to the statement, Mubi residents were in support of the governor especially because of projects done in the area, including 14 road contracts, upgrading of the Mubi General Hospital and return of academic activities in the state university and college of health technology destroyed by Boko Haram insurgents.

“It is therefore unthinkable that the peaceful people of Mubi will deny him entry into the town. For us in Mubi, we are indeed grateful to God Almighty for choosing our son to head the Government of Adamawa State, and we will leave no stone unturned to fully support him to succeed.

“Everybody knows that Governor Umaru Jibrilla popularly known as Bindow is the people’s choice for Governor of Adamawa State and that the people of Mubi will continue to accord him all the support needed as both their son and the governor of our dear state of Adamawa.

“As the imaginary and unwarranted battle is being waged by the Adamawa Ruling Elite, the abject poverty and despondency continues to bite harder on our communities with little or no effort from wealthy and well-to-do Elites of the state doing anything to ameliorate the situation”.