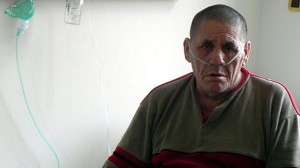 A 70-year old man from Bursa, Turkey died last week, after spending the last 47 years in the city hospital, not because he was seriously ill, but because he didn’t have anywhere else to go.

Abdullah Kozan walked through the doors of Bursa State Hospital in 1968, just after completing his mandatory military service. He was admitted with a severe headache, but soon asked the doctors if he could stay there a while longer, because he really didn’t have anywhere else to go. He got along with the staff from the beginning and claimed that he actually enjoyed living in the hospital, so the administration kept registering him as a new patient every time he got discharged at the end of his treatment.

Kozan looked at the world mostly through the window of his hospital room, but he never seemed to mind. In return for the hospital’s generosity in letting him stay there indefinitely, the ex-serviceman would help the staff every time he could, mainly by moving stuff around or delivering X-rays and documents where they were needed.