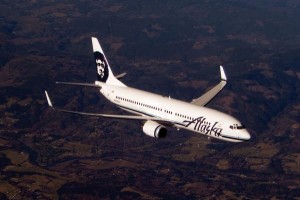 The head of Alaska Airlines, which proudly touts a baggage delivery guarantee policy, made an embarrassing confession — his own airline misplaced his luggage. UPI reports:

Chief Executive Bradley Tilden admitted on stage last week at an airline summit in Washington, D.C., that his own airline misplaced his luggage on his flight to Washington and it was delivered to him the next day. Tilden said the airline lost his luggage on one other occasion, 25 years earlier. “The media is here and I’m hoping that you don’t write this down and print it,” the Los Angeles Times quoted him as saying.

Alaska Airlines offers a guarantee pledging customers will receive their luggage within 20 minutes of reaching their gates. The airline said customers whose bags aren’t returned in time are awarded a $25 credit toward a future flight or 2,500 miles toward the airline’s reward program.

Tilden did not say whether he will claim the compensation. A 2014 report from IT firm SITA indicates lost luggage was at an all-time low last year after steadily declining in recent years.