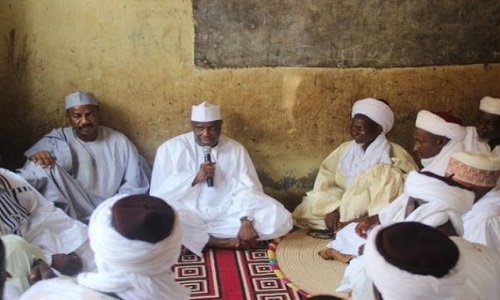 Governor Aminu Tambuwal of Sokoto State on Thursday said all Nigerians, who went to Saudi Arabia for this year’s pilgrimage, would be accounted for.
This, he explained, would be ensured in spite of the twin tragedies of the crane crash and the stampede that were witnessed in this year’s Hajj exercise.
Tambuwal gave the assurance when he visited families of those affected by the tragedy in Sokoto.
In a statement by the governor’s Chief Press Secretary, Imam Imam, in Sokoto, Tambuwal stated, “Hajj officials are working round the clock to ensure that all victims are properly identified and documented.
“The areas most affected in Sokoto State are Illela, Binji and Wamakko Local Government Areas”.
Addressing the families during a stop in Jamali village of Binji Local Government Area, Tambuwal said government was still collating the number of pilgrims who died, suffered injuries or missing.
He added that as soon as the collation was done, government would assist the families in the best way possible.
The governor appealed to the people to exercise more patience, adding that many of those earlier thought to have died had been seen receiving treatment in hospitals in Saudi Arabia.
He said the state government would on Friday (today) organise special prayers for victims and their families.
Tambuwal said, “As Muslims, we are encouraged to have faith in God at all times, especially in our difficult times.
“We will organise prayers for our country men and women for God to heal the injured, bless the dead and bring the missing ones back to us in good health”. (NAN)