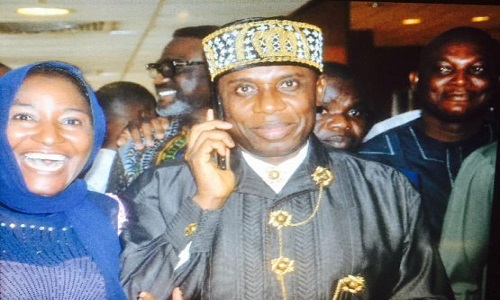 The immediate past governor of Rivers state, Rotimi Amaechi, has arrived the National Assembly ahead of continuation of the ministerial screening on Thursday.

It was learnt that Amaechi came in company of the Presidential Adviser on National Assembly Matters (Senate), Senator Ita Enang, the Rivers state All Progressive Congress (APC) governorship candidate in the last election, Dakuku Peterside among others.

Amaechi, whose name is number two on the list of ministerial nominees to be screened on Thursday, was dropped from the list of those to be screened by the Senate thrice in the past two weeks as a result of a petition against him for alleged corruption.

The senators are currently in a closed-door session after three different versions of order papers were in circulation.