An Alabama aunt thought her 19-year-old niece was spending too much time on Facebook recently, so she created a fake profile and befriended her to see what she was up to online. But as AL.com reports, the answer she got was more troubling than anything she could have imagined. 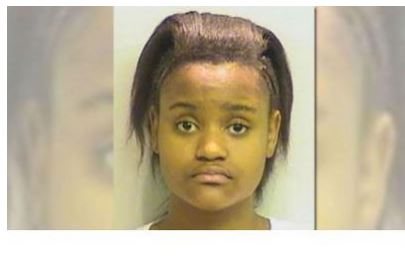 The niece is Marissa Williams. Williams’ aunt was puzzled by the constant stream of strangers always at her house, so she created a profile posing as a boy named Tre ‘Topdog’ Ellis and befriended her niece and that may have ultimately saved her life.

On the first day the two talked online, Williams invited Ellis over to her house to get drunk with her. She sent the fictitious boy her phone number and home address, and said she would have sex with him if he agreed to pay her $50 cell phone bill. As troubling as that is, things were about to take a much darker turn.

Just a few days later, Williams told Ellis that she hated her family and wanted to get out of Alabama. She asked Ellis to come kidnap her and said he should shoot her aunt if she tried to stop him.

As time went on, the conversations grew increasingly unnerving. Williams told Ellis, who to her was a strange man she had never met, how to break into her aunt’s room so he could kill her aunt and her aunt’s fiancée. Williams asked Ellis if he could leave his car parked outside during the break-in so she could pack her belongings into it while he killed her entire family.

After hearing the plan, Williams’ aunt decided she’d had enough and called the Sheriff’s Department. Williams admitted to the plan, but says she did not actually mean for anyone to be killed. Nevertheless, she was arrested and charged with the solicitation of murder. She is being held on $30,000 bond.