One-year-old Elijah Mole had his face and mouth burnt after mistakenly drinking oven cleaner while his father had his back turned, Mirror Online reports. 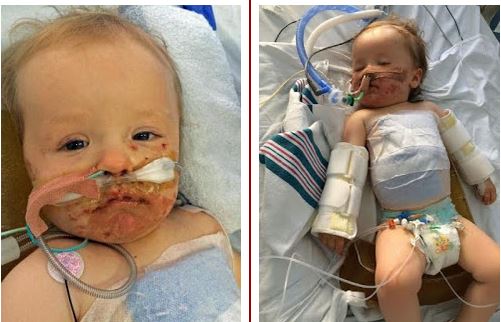 Within seconds, he was choking as his face burned up from the chemicals and he was rushed to hospital for emergency surgery to open his airway. His parents released shocking pictures of their son’s injuries urging others to be aware of dangers in their home to protect their children. 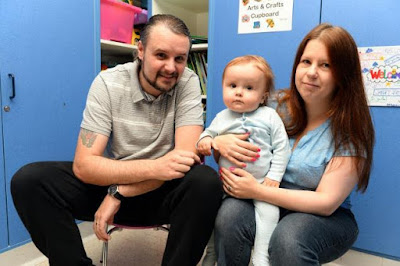 “I’ve nearly had a break down about this all to be honest,” said Jimmy. “There will always be a feeling of guilt. It was my fault. It’s really painful to see him like this, but we dread to think what could have happened. He could have died or been blinded. It could have been a real terrible tragedy.” 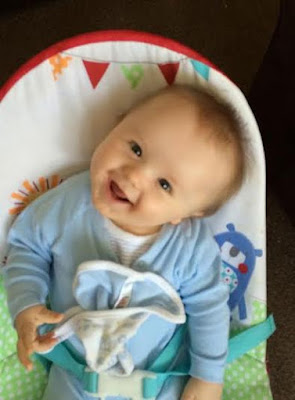 Although Elijah didn’t swallow any liquid, the contact was enough to cause serious first-degree burns to his face, lips and neck. Elijah’s mother, Deanne, 39, said she also feels terrible over her son’s accident. I feel really guilty,” she said. “I worked over that day, otherwise I would have been home.” The little boy remains in the hospital where he is expected to make a full recovery.