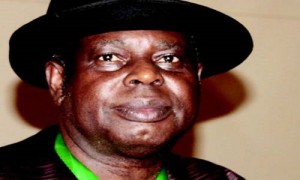 Bayelsa State Governor, Mr. Seriake Dickson, on Thursday set up a committee to begin preparations for the burial rites of the former Governor of the state, Chief Diepreye Alamieyeseigha, who he has promised to give a state burial.

The committee has the deputy Governor, Rear Admiral John Jonah (rtd) as its Chairman, the Speaker of the State House of Assembly, Kombowei Benson, Vice-Chairman and the Secretary to the State Government, Prof. Edmund Alison-Oguru, as Secretary.

Other members of the committee are Senator Foster Ogola, member of the House of Representatives, Henry Ofongo; Commissioners of Information and Orientation, Health, Works and Infrastructure and Culture and Ijaw National Affairs, the Chief of Staff, Government House, Yenagoa and the Principal Executive Secretary to the Governor.

Others are the State Chairman, Secretary, Woman and Youth Leaders of the Peoples Democratic Party (PDP), representatives of the Alamieyeseigha family, the Ijaw National Congress (INC), the Ijaw Youth Council (IYC), Chief Thompson Okorotie, Prof. Steve Azaiki, the Chief Historian and Archivist of the State.