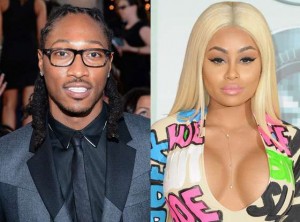 Famous controversial socialite, Blac Chyna claims she’s fully aware that her alleged boyfriend, Future is having secret affairs with other women and she’s totally okay with it.

This report comes a day after the rapper tweeted that he’s “single and living a happy life” despite rumors he’s dating the model.

According to sources close to Chyna, Future’s actions speak louder than his “I’m single” tweet, since she’s with him every weekend.
However, they claim his public announcement was a low-blow, but she still considers him “her man.”

So does it make any sense her going ahead to tattoo Future’s name on her hand? Even though she’s just one of many.