Brigadier General Enitan Ransome-Kuti, the son of the late human rights activist, Beko Ransome Kuti, has been sentenced to six months in prison for offenses committed during the war against Boko Haram. 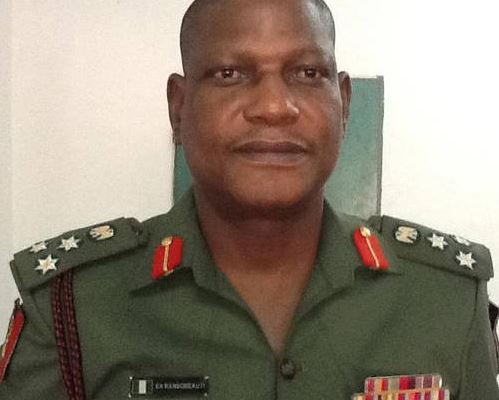 He will be dismissed from the Army if the sentence pronounced on him by a military court in Abuja on Thursday is confirmed by the Nigerian Army.

Brigadier General Kuti has been at the center of controversy relating to his conduct as an officer. He was accused of failing to perform his military duties during the fight against Boko Haram which may have resulted in the militants’ capture of Baga, the center of a multinational force.

Included in the charges against him is that Brigadier General Kuti failed to account for the weapons and ammunitions under his supervision, rendering the army useless in the fight against Boko Haram.

The officer denied all the charges. During a long trial, his lawyer, Femi Falana, presented evidence to the court that the Nigerian army had simply failed to provide necessary equipment for the Brigadier General to perform his lawful duties.

Falana also presented several statements from officers and soldiers who repeatedly stated that the army was ill-equipped to fight Boko Haram, an assertion that was later affirmed by a former Chief of Defence Staff, Alex Badeh, shortly after he was fired from that position earlier this year.