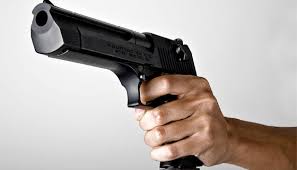 A 33-year-old woman was seriously injured when her brother allegedly shot at her for marrying without their family’s approval in Lisari Gate area here, police said. The victim Heena was shot at by her brother Intezaar and his two accomplices when she was on her way to her parent’s house, Lisari Gate police station In-charge Ravindra Yadav said.

She had married a neighbour Amjad 10 years ago in a court. Intezaar had called his sister to their parents’ house on pretext of some work but he met her mid-way with his accomplices and shot at her neck with a country-made firearm, Yadav said.

The trio fled from the spot while the woman was rushed to a hospital where her condition is stated to be serious, he said. On the basis of Heena’s statement, an FIR was registered against Intezaar and his two accomplices and a search initiated to nab them, the In-charge said.