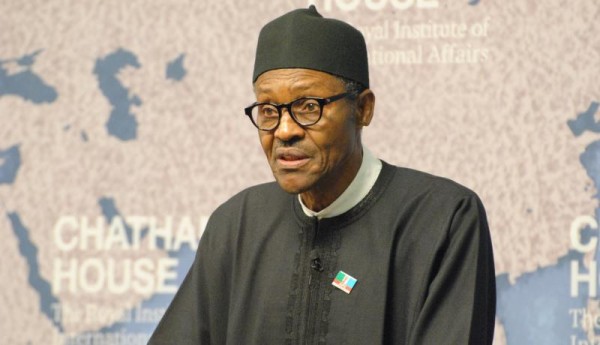 President Muhammadu Buhari and Auditor-General of the Federation, AGF, Samuel Ukura, yesterday disagreed over the environmental audit report on the drying up of Lake Chad.

While President Buhari noted that the report did not take into account the feasibility study conducted by a team under the tenure of former President, Olusegun Obasanjo, which cost Nigeria $5 million, the AGF insisted that it was outside his supervision, saying Lake Chad Basin Commission, LCBC, had that responsibility. The President then insisted that the AGF should explain the omission.

Buhari said: “I have to digress here based on personal knowledge of this. I saw an article in a journal in 1978 that a professor in the University of London, in 1925, had foreseen what we are just seeing.

“I handed over the article to Obasanjo and I understand that he took the initiative sometime ago; it is on record that he is the only Nigerian that has presided over the country for more than 11 years.

“He gave $5 million for the study, and the study reported that unless some of the rivers from the Central Africa Republic are diverted to empty into Chad Basin, Lake Chad will dry up.

“I understand that this report, which was sponsored by Nigeria, has been submitted. I am a bit disappointed that in the speech of the Auditor-General, there was no mention of this report. $5 million was given.

“One of the recommendations was that at the time the report was submitted, the cost of diverting one of the rivers to empty into Lake Chad would be between $13 billion and $15 billion.

“I will like the Auditor-General to comment on this: whether they have received this report or the Ministry of Water Resources. I think this government will like to see this report and see how we can ask our foreign friends how they can help us.

“This is because if that river is diverted to empty into Chad Basin, I think it will affect, at least, two million Nigerians and another two million from Cameroon, Chad and Niger to resettle and perhaps that will help us to stop Boko Haram around that area.

“This is because once we identified the enormous number of people there and their activities, we have to check desertification there,” Buhari said.

On his part, the Executive Secretary of LCBC, Ambassador Sanusi Abdullahi, said: “The report is a public document actually; it has been in the public domain since the study was concluded. Departments of the government of Nigeria and other member states have received copies.

“The situation is that the study had been completed. The cost estimate for the project is $14.5 billion. We have been consulting the Congo Basin to allay their fears on the environmental impact assessment they want us to add and we need some additional political support to be able to convince them that it is also in their interest to see that this water is diverted to Lake Chad.”