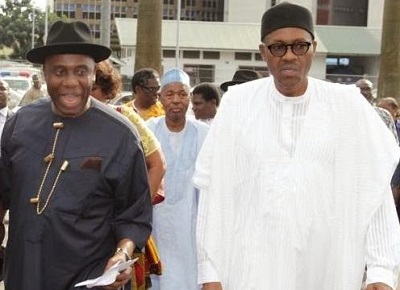 Nigerians have been urged to support President Muhammadu Buhari’s administration in achieving success, growth and sustainable development.
The immediate past governor of Rivers State, Mr. Rotimi Amaechi, made this call in a statement issued in Port Harcourt on Wednesday night, through his Media Office, to mark the nation’s independence anniversary.
The ex-governor also expressed the need for unity and patriotism, adding that such qualities were needed to tackle the challenges facing the nation.
Amaechi described the President Buhari-led administration as promising and maintained that the government would achieve its objectives with the support of Nigerians.
He said, “Our problems as a nation can only be successfully dealt with in unity. We need to imbibe patriotism to ensure that the sacrifices of our founding fathers and heroes are not in vain.
“The President Buhari-led government is a very promising one and with the support and cooperation of all of us, Nigerians, the government will achieve its aim and turn the fortunes of our country”.
Amaechi also called for continued prayers for the nation and its leaders to stay on the right path.
He said, “The people should reflect on the journey of the nation, its transition, gains and many challenges from 1960 till date and think of what can be done to better our lot even as you go all out to celebrate this 55th Independence Anniversary”.