Buhari’s Govt. Will Not Spare Any Corrupt Person – Osinbajo 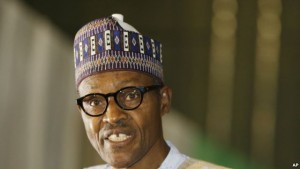 The government of President Muhammadu Buhari will not spare any corrupt person in the fight against corruption in the country.

This is according to Vice President Yemi Osinbajo, who spoke at Day Two of the ongoing 21st National Economic Summit in Abuja on the topic: Reforming Public Institutions to Ensure Competitiveness And Accountability.

“There is always a sense that it is someone else that will effect this desired change. I think we must be one in deciding in this country that we want a change,” he said.

According to him, individual Nigerians would like the rules to be enforced as long as it is not enforced on them.

However, he regretted the ethnic and religious considerations and interpretations attributed to the fight which he noted has clogged the wheel of justice.

“If we pick up somebody here and want to try him, I know how many calls I will get from people in this room. I’ve had the experience in public service and I don’t mind being the tough guy. I’ve sacked people that needed to be sacked. So there are no sacred cows, the rules will be applied anyway,” he said, regardless.

He expressed belief that the reform of the nation’s public institutions can be achieved against any known cynicisms or challenges. “I think that an important message which we have taken from this discussion, is that it is entirely possible to reform our public institutions, to turn our country around. I perfectly have no doubt in my mind about that.”

The Vice president also charged the elites in the country, including the participants at the event to play a more significant role in attaining such a national objective, especially in upholding existing rules and regulations.