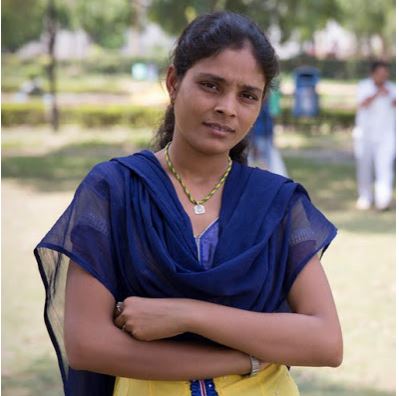 An Indian child bride who was married at just 11 months old has finally had her marriage annulled.

Santadevi Meghwal, 19, from Jodhpur, in the western state of Rajasthan, in India – infamous for child marriages – was finally awarded the annulment by the Family Court, in Jodhpur, at 3pm yesterday.

Santadevi was told two years ago that she was married to Saanval Ram, 28, who was nine-years-old at the time of their wedding. 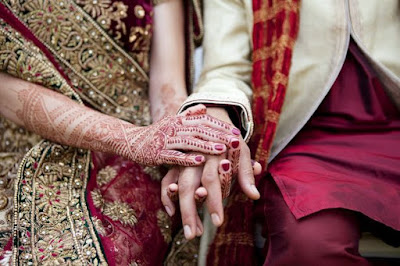 But as soon as she tried to annul her marriage she was fined £16,000 and banished from her community.
With the help of a charity and child marriage activist she went against her community and has finally won her life back.

Santadevi said:”I did not believe in this marriage and I was determined to fight for my freedom and break free. “I was not going to give up. “This is a wonderful day for me.”

Santadevi, who now dreams of becoming a teacher, approached a family court on May 13 this year to request the annulment.

But as soon as her ‘husband’ and his family heard about it they reported her to the Panchyat, a self-government organization.

It fined Santadevi and her family £16,000 and banned them from the community for going against the age-old tradition.

But Santadevi was undeterred by the penalty and was determined to annul her childhood marriage.

“It’s appalling that my marriage was hidden from me all these years,” she said. “I only came to know when my village elders told my father to send me to my in-laws.

“At first I couldn’t digest the fact but it was the truth and my parents told me to accept it as my fate.

“I was not going to sit back and have my life taken away from me. I refused, and kept on giving excuses and refused to go to my in-laws house but the pressure built, I was threatened and told I’d be forcibly taken.

“That’s when I approached Saarthi Trust.”

Saarthi Trust is a children’s rights group founded by child marriage campaigner Kriti Bharti, 26, and this is now her 29th child marriage annulment in India.

The charity was responsible for helping the first girl in India – Laxmi Sargara – to annul her child marriage in 2012 and since then they have helped to annul 27 child marriages.

But that number is always growing.

Kriti said: “I’m over the moon Santadevi has won her freedom.

“It’s my dream to eradicate child marriage from India forever, and this is just another girl’s life I have helped to save.

‘Santadevi approached me in April and I didn’t hesitate to help her. “I immediately started giving her parents some counselling and advice.

“Parents are generally apprehensive about going down such roads because of the humiliation and the consequences of being ostracized from the community.

Even though the marriage of a girl under 18 and a boy under 21 is prohibited and the practice of child marriage has been illegal since 1929, India’s rural patriarchal society means many families in Rajasthan still follow the practice.

Kriti has recently won a scholarship with the Trust Women Conference, and will be in London, next month, to help international campaigners empower women worldwide and fight modern-day slavery.