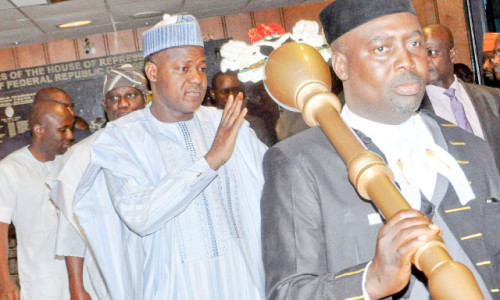 A member of the House of Representatives, Danlami Kurfi, has defended the recent constitution of standing committees by the Speaker, Yakubu Dogara.

Kurfi, who is the member representing Kurfi Federal Constituency of Kastina State, said Dogara was   fair to all.

While some members have reportedly grumbled over the composition of the committees’ chairmen and deputy chairmen, Kurfi said the speaker has been fair to all.

In a statement in Lagos on Tuesday, the lawmaker said “the appointment of chairmen and deputy chairmen of committees by Dogara has been fair to all caucuses in the green chamber”.

Kurfi, who was named deputy chairman of Petroleum Downstream committee, stated that contrary to criticism by a section of the media, the distribution of the committees has again reinforced “Dogara’s uncommon sense of equality and political sagacity”.