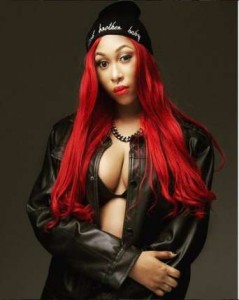 Veteran Nollywood actor and producer, Charles Novia has slammed Cynthia Morgan days after the release of an instagram picture.

The outspoken filmmaker who runs charlesnoviadaily.com, didn’t mince his words in expressing his displeasure and distaste over the picture that had the Northside Entertainment recording act shared of herself carrying a child in one hand and holding an already lit cigar in the other hand.

Going satirical in his recent post on the website entitled ‘…OF CYNTHIA, CAROLINE, LINDA AND BANANAS’ BY CHARLES NOVIA,’ the Alam Poza producer registered his disappointment in Cynthia Morgan while applauding onetime Nollywood actress, Caroline Ekanem Danjuma for standing up to chastise the singer on social media.
In his words, “… Caroline did have a point though when she reacted that a vibrant child welfare agency in Nigeria should sanction Cynthia over that posture. And Caroline reacted as a mother should; any sane mother who has given birth to kids and who love kids would react that way. It is a milk of natural pain which flows in that reaction; not the milk of a suspicious doped-up riposte which Cynthia gave…“

Not sparing Cynthia Morgan, Novia stressed further that the singer only seeking public and media attention, which she got immediately Caroline responded to the picture which has been the subject of discourse since it was released.