A 28-year-old bus driver, Oluwaya Eshe, has been arrested for allegedly biting a police woman in Lagos. 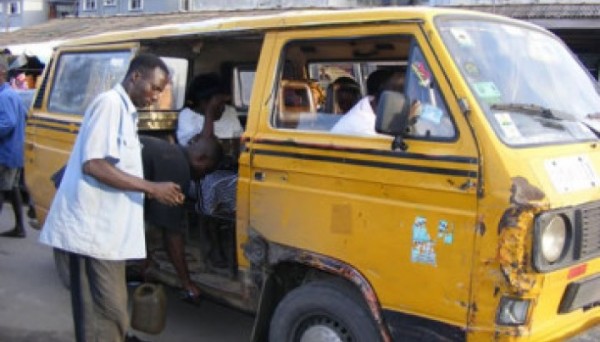 PM News reports that the accused was said to have attacked two policewomen, Omowumi Aliu and Bamiu Adebisi attached to the Isheri Oshun Police Division.

The two policewomen had reportedly accosted Eshe for driving against traffic along Ikotun-Ijegun road in Ijegun area of the state.

The ‘danfo’ driver in a bid to defend himself was alleged to have exchanged words with the officers, which later allegedly resulted in a brawl.

When the officials decided to take Eshe’s bus to the station, he resisted and allegedly staged an attack at the officers.

Reports claim Eshe had torn their uniforms and bit Adebisi on her hand, resulting in injury.

Consequently, other officers reportedly intervened in the matter by dragging him to a nearby unnamed police station.

According to reports, he has been charged to court with assault and tearing of police officers’ uniform, under the Criminal Code before Ejigbo Magistrates’ Court.

He however, pleaded not guilty to the charges.

The presiding Magistrate, Mrs. J. O. E. Adeyemi, reportedly granted him bail in the sum of N100,000 with one surety in like sum.