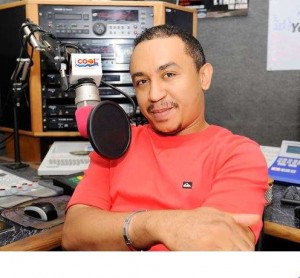 According to the controversial veteran radio personality, democracy is another form of dictatorship.

We went on his Instagram account to point out that former Minister of Petroleum Diezani Alison-Madueke is a product of the last ‘democratic’ government.

“#Democracy is the worst form of government because it keeps the #masses deluded and entrapped, in the misguided notion that they really matter. Democracy is nothing but legal dictatorship. So why don’t we just have dictatorship instead of dictatorship with a fancy name? A decorated cat is still a cat…… Not a tiger!!” he wrote.

“Talking of democracy, is Dieziani not a product of democracy??? The last #regime, according to reports, stole more than all the #dictators put together. Well guys, we’re enjoying the dividends of #democracy” he further stated today (October 6).