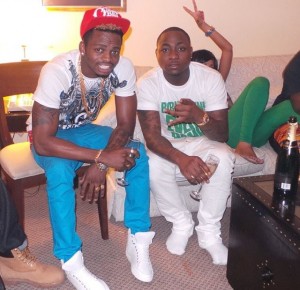 The Tanzanian singer grabbed the opportunity to tell  his fans that he has an upcoming collabo on the way with American R&B singer Ne-Yo.

Swizz Beatz posted an Instagram video of him and his daughter Nicole Dean dancing to Diamond and Flavour’s collaboration ‘Nana’ a feeling Diamond loudly accepted as one of the best ever while speaking to Tanzania’s Cloud FM.

‘After I saw swizz Beats had posted those two videos, I decided to announce my upcoming collabo with Ne-Yo to show the world better stuff from me is on the way.’ Diamond Said.

‘First I thought it was a joke when they told me about it but when I checked he had followed me on Instagram and it felt so good to see such a big producer loving my stuff. After a while he shared Natakakulewa.’

Ne-Yo and Diamond worked on their collabo when the American singer visited East Africa recently.