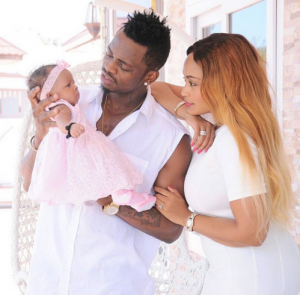 Zari Hassan was previously married to South African based billionaire Ivan Ssemwanga who she left for the singer after three children.

The cousin of Ivan, King Lawrence has now filed  lawsuit saying the baby girl does not belong to Diamond.

In a letter to Zari from his lawyers Web Advocates & Solicitors, he wants the Ugandan socialite to take three DNA tests to determine who is the father of the child.