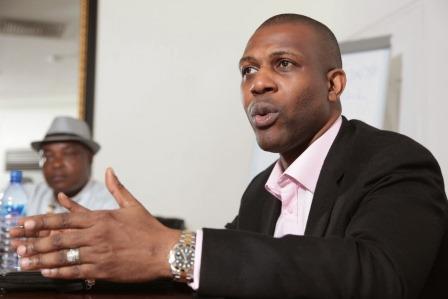 The candidate of the Labour Party in the April 11 governorship election in Rivers State, Tonye Princewill, has advised Governor Nyesom Wike not to appeal Saturday’s annulment of his election by the governorship tribunal, which ordered a rerun within 90 days.

The three-man governorship election tribunal led by Justice Suleiman Ambrusa, which sat in Abuja for security reasons, nullified the election of Mr. Wike of the Peoples Democratic Party, PDP, saying it was convinced by testimonies by various witnesses called by the All Progressives Congress and its candidate, Dakuku Peterside that elections did not hold in most parts of Rivers state on April 11.

In a press statement on Saturday by his spokesperson, the LP candidate said the verdict of the tribunal was expected.

In the statement entitled, ‘Rivers Election Petition – No need to appeal’, Mr. Princewill said, “Even PDP supporters I am sure in their heart of hearts, knew that this day would come.

“If I was the PDP, I would not even bother to appeal this judgment. I would rather head back to the court of public opinion. Ultimately that is where this matter will end. Why delay?”

“Even as it may have come as a surprise to many neutral observers, it was no surprise to me, my supporters and many Rivers people who came out on that fateful day to try and cast their vote”.

Mr. Princewill added that “If the APC legal team could not prove that there was no election in Rivers state, nobody could. It was that obvious”.

The Labour Party candidate commended the tribunal judges for upholding the law, and the parties for conducting their briefs with civility.

He also commended the people of Rivers state.

“To my numerous supporters and well-wishers; in the days ahead, I will tell you the role we will play going forward”, Mr. Princewill said. “I told you from day one, not to worry. Your votes will count. I meant it”.

Calling on the people of Rivers to remain law abiding following the ruling, Mr. Princewill said he would inform his supporters on his plans for the ordered rerun election.