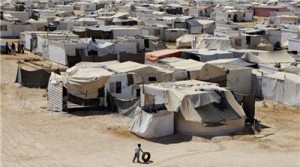 European Union and Balkan leaders have agreed a 17-point plan to cooperate on managing arrival of refugees through the Balkan peninsula, the European Commission has said. Among measures agreed at the meeting in Brussels on Sunday evening were that 100,000 places in reception centres should be made available along the route from Greece toward Germany. The UN refugee agency would help establish them.

Some 50,000 places will be created in Greece and another 50,000 on the route through Balkans countries such as Macedonia and Serbia, European Commission President Jean-Claude Juncker said after the mini-summit of 11 nations. “Refugees need to be treated in a humane manner along the length of the Western Balkans route to avoid a humanitarian tragedy in Europe,” Juncker said.

The agreement comes in the wake of differences among member nations on how to tackle the continent’s greatest refugee crisis since World War II. “This is one of the greatest litmus tests that Europe has ever faced,” said German Chancellor Angela Merkel.