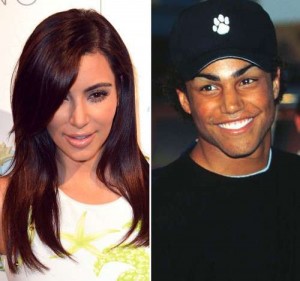 In an old exclusive interview with Oprah Winfrey in 2012, Kim Kardashian revealed she lost her virginity at the age of 14 but failed to reveal who she did the dirty deed with.

When the timeline is all laid out, it certainly makes sense. Kim talked about wanting to have sex the first time she was almost 15 with her boyfriend of two years. The 34-year-old told Oprah, “I was like, ‘I think I’m going to, or I want to,’ and she [Kris Jenner] was like, “OK, so this is what we’re gonna do, we’re gonna put you on birth control,” and she was like, really open and honest with me.”

Meanwhile 37-year-old TJ also confirmed his relationship with Kim during a confessional on an episode of The Jacksons: Next Generation.

At a family party, the 37-year-old reunited with Kris and Kourtney Kardashian. He later revealed that he dated Kim when his mother passed away. TJ’s mom passed away in 1994, making Kim 14 at that time.