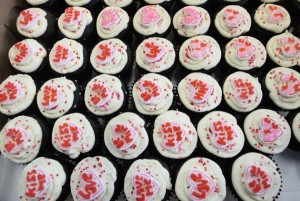 A canceled wedding led a bride’s family to use the banquet they had paid for to feed the city’s homeless. After a bride’s parents found out their daughter’s fiance had gotten cold feet a week before their $35,000 wedding, they couldn’t get a refund. So Saturday, the family decided to turn the 120-guest banquet into a feast for area homeless people. UPI reports:

Kari Duane got a call from her 27-year-old daughter, Quinn to tell her the wedding was off. Duane started thinking. “It just seemed like, of course, this would be something that we would do to give back,” she said. Sacramento’s posh Citizen Hotel overlooks the city’s skyline and it took about a half hour before the first homeless guest arrived for the meal. It was a lone woman from a city shelter.

“I was thinking at that moment, if she’s the only person that comes tonight, this was worth it,” Duane said. But eventually more came, including families with children and newborns, and feasted on a meal of salad, salmon and tri-tip with gnocchi and cauliflower from the hotel’s four-star restaurant, The Grange.

“I think it’s very generous actually to lose out on something so important to yourself and then give it to someone else,” says Erika Craycraft, a homeless woman who came with her husband and five children.  The honeymoon was already paid for as well, so mother and daughter headed for Belize on Sunday. The city of Sacramento has an estimated homeless population of about 2,600 people.