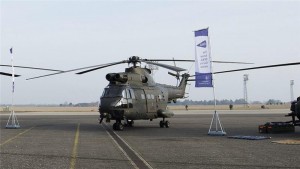 A military helicopter has crashed at the NATO base in the Afghan capital, Kabul, killing five coalition members and injuring five others, authorities have said. A statement from the Resolute Support Mission did not give the nationalities of those killed and injured, all of them NATO personnel. ALjazeera reports:

However, Britain’s Ministry of Defense said two Royal Air Force members were among those killed when the Puma Mk 2 helicopter crashed while landing at the base, where Afghan security forces are being trained.

The mission statement said the helicopter “crashed due to a non-hostile incident” around 4:15pm (11:45 GMT) on Sunday at Camp Resolute Support in Kabul. In London, the Ministry of Defense also said a convoy of British military vehicles came under attack earlier on Sunday in a separate incident in the capital, but there were no fatalities.

General Abdul Rahman Rahimi, Kabul’s police chief, said an explosion targeted a NATO military convoy, wounding three civilians. He said the blast targeted two armoured vehicles attached to the NATO Resolute Support mission, damaging one of them. He did not specify whether the vehicles were British.