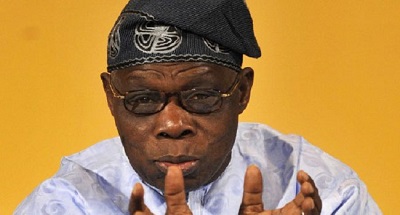 A non-governmental resource centre, Human and Environmental Development Agenda (HEDA), has petitioned the chairman of the Code of Conduct Bureau (CCB), Sam Saba, to demand an update on an earlier request it made to the bureau over actions of former President Olusegun Obasanjo while in office between 1999 and 2007.

The latest petition signed by the centre’s chairman, Olanrewaju Suraj, is requesting information regarding a petition written by HEDA on July 25, 2013.

“In a petition dated the 25th day of July, 2013, we complained about the following actions of Chief Olusegun Obasanjo while he was President of the Federal Republic of Nigeria from 1999-2007 namely, one, use of his position to solicit for monetary gifts, benefits and donations from government contractors, federal parastatals, oil companies, politicians, government functionaries that cut across all tiers of government as well as private individuals/sector to fund his library project”, HEDA said.

“Secondly, failure to publicly declare his assets till date and abuse of power.

“All these actions constitute a gross contravention of Items 6, 9 and 13 of the Code of Conduct for Public Officers as provided in Part 1, Fifth Schedule of the Constitution of the Federal Republic of Nigeria 1999 as amended.

In its 2013 letter, HEDA demanded that Obasanjo be investigated and recommended for prosecution by the Code of Conduct Tribunal pursuant to Item 15(1), Part 1 of the Fifth Schedule to the Constitution of the Federal Republic of Nigeria 1999 as amended.

“However, till this moment, we are not aware of any concrete step that has so far been taken to launch an investigation into the allegations contained therein”, the group said in a new letter to the CCB.

“In view of the fact that the Code of Conduct Tribunal is now alive to its responsibilities as demonstrated in the ongoing trial of Senate President Bukola Saraki, HEDA therefore urgently requests for the update on the abovementioned subject matter pursuant to Sections 1, 2, 3 & 4 of the Freedom of Information Act 2011,

“HEDA is requesting this information based on its mandate. We look forward to receiving this information promptly, and in any event, within Seven (7) days of the receipt of this application as provided for in Section 4 of the Freedom of Information Act, 2011”, the group said.