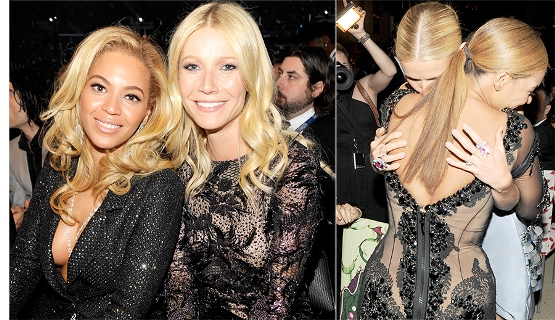 Actress Gwyneth Paltrow made a statement in an interview last week and many think she low-key shaded her former bff Beyonce. According to People Magazine, Gwyneth told reporters on the red carpet at a luncheon on Friday that she’s happy her daughter is a big fan of Taylor Swift…

“Apple loves Taylor Swift, and for me, that’s such a great sign. Taylor is a girl who’s incredibly talented. She writes her own music. She’s not naked on the red carpet. She’s an incredibly astute businesswoman, so with role models like that, she can’t go wrong.”

Beyonce is known for her barely there red carpet looks and have been accused of not writing her own music. There are claims that the two former besties went their separate ways after Bey and Jay took the side of Chris Martin after Gwyneth divorced him.