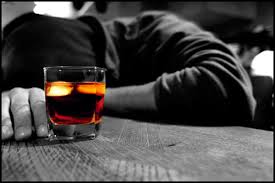 Those last few rounds at the bar and the resulting hangover costs more than the price of some Advil. The U.S. Centers for Disease Control and Prevention reported excessive drinking cost the U.S. economy $249 billion in 2010, largely from reduced workplace productivity and resulting health problems. UPI reports:

Binge drinking — five or more drinks on one occasion for men or four or more drinks on one occasion for women — was responsible for 77 percent of the financial toll on the economy. Two of every $5 of costs — more than $100 billion — were paid by governments, the CDC said. The 2010 data, the most recent available, is a marked increase from $223.5 billion in 2006. The economic toll from excessive drinking extends to workplace absenteeism, loss of productivity, car crashes, fires, property damage and death.

“The increase in the costs of excessive drinking from 2006 to 2010 is concerning, particularly given the severe economic recession that occurred during these years,”said Dr. Robert Brewer, head of CDC’s Alcohol Program and one of the study’s authors. “Effective prevention strategies can reduce excessive drinking and related costs in states and communities, but they are under used.”