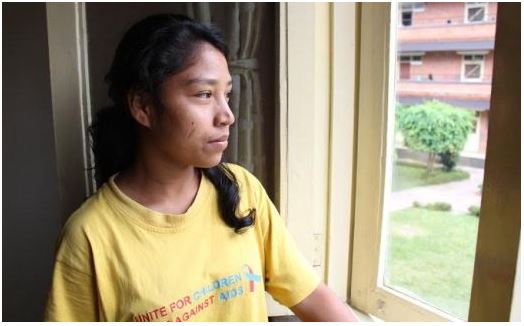 Article written by Nicholas Kristoff for The New York Times. Quite interesting! Read below…

When readers hear about ‘modern slavery’, they may roll their eyes & assume that’s an exaggeration. Slavery? Really? Modern slavery?. If you’re one of the doubters, then listen to Poonam Thapa, a teenage girl I met here in Nepal, where she is putting her life back together after being sold to a brothel’

Poonam Thapa was poor and uneducated when a woman offered an escape in the form of a well-paying job.
“You can have a better life,” Poonam remembers the woman saying. “And if you make good money, you will be respected by your father. You can help your family.”
So Poonam, then age 12, ran off with the woman. When Poonam was eventually deposited in a brothel in Mumbai, India, she was puzzled.
“I didn’t even know what a brothel was,” she recalls.
The brothel owner, a woman, dolled her up in a skimpy dress, equipped her with falsies, and gave her heels. Then the owner sold Poonam’s virginity to an older man.
“The man raped me,” Poonam says. “I didn’t know what he was doing. But I was bleeding and hurting and crying.”
The brothel owner sternly told Poonam to buck up — she had paid $1,700 for Poonam and needed to recover her investment. So Poonam was locked inside the brothel, forced to have sex with 20 to 25 men a day, and more on Sundays and holidays. There were no days off, no trips outside the brothel, and, of course, no pay.
One day Poonam was hurting and refused a customer. She says the brothel-owner beat her and burned her with cigarettes; she showed me the scars.
Poonam thus became one of 20.9 million people worldwide — a quarter of them children — subjected to forced labor, according to the U.N.’sInternational Labour Organization. In the United States, tens of thousands of children are trafficked into the sex trade each year.
Men visiting Poonam’s brothel paid $2.50 for sex and were sometimes oblivious to the brutality, flattering themselves that the girls liked their work. They see girls who often smile; no one is holding a gun to their heads.
Poonam responded with what so many others have said: The smiles are on the outside, even as girls are crying inside.
“We were told to smile, because a smile is money and will pull in customers,” Poonam said. The girls were also ordered to say that they were over 18 and working voluntarily.
Then one day police raided the brothel. Warned by the brothel owner that the police would torture her if they found she was a child or trafficked, Poonam claimed that she was 23 and working voluntarily, but the police could see that she was a child and took her to a shelter.
Indian authorities returned Poonam to the care of Maiti Nepal, a leading anti-trafficking organization. Now Poonam is studying to be a social worker in hopes of helping other trafficked girls. A new study suggests that post-traumatic stress disorder is frequent among those who have been trafficked.
Anuradha Koilara, founder of Maiti Nepal, notes that there has been a bit of progress against sex trafficking of Nepali girls. A crucial step, whether in Nepal or the United States, is ending the impunity for pimps and traffickers, and Koirala says that Maiti Nepal has helped prosecute 800 people for involvement in trafficking. In America as well, we need to prosecute traffickers rather than their victims.