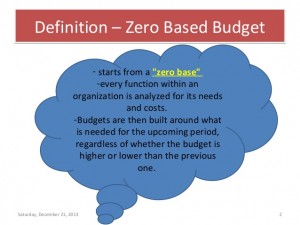 Majority Leader of the House of Representatives, Femi Gbajabiamila says the lower chamber will back zero budget for next year’s Federal appropriations.

Speaking with State House correspondents after a meeting with President Muhammadu Buhari, Gbajabiamila said ministries, departments and agencies (MDA) would have to justify every money they want to spend in next year’s budget.

Gbajabiamila explained that zero budgeting was part of the Federal Government’s efforts to block leakages, adding that the House was in full support.

“This is just a routine visit to Mr. President. One arm of government visiting another. You know the important role of the House; I being in charge of Government Business in the House,” he said about his mission at the State House.

“We discussed the issue of budget and a few other housekeeping matters to further cement the relationship between the House and the President.”

Commenting on zero budgeting, he said: “Absolutely, we understand the logic. Unlike the envelop budget system, which had issues under the best circumstances. We will support zero budget, where everything starts from scratch. They have to justify every penny. It’s part of the government efforts to block leakages and the House is in firm support.”