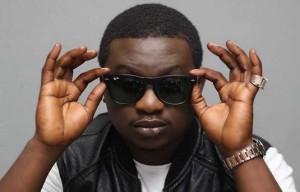 Famous Nigerian pop star, Wande Coal has opened up on his 7 year old son and his baby mama.

In a new interview with City People, Black Diamond said he has no immediate plans of marrying his baby mama.

“You mean right now, and with my son’s mother? Aah! Not at all. The time for marriage is not ripe yet. When it is ripe that is when I can take marriage into consideration” he said.

When asked specifically if he will end up with his baby mama, he said “I can’t answer that because I need to really focus on my career now which is the major thing in my life. My career is my drive basically. So, marriage is totally out of it for now.“

As he prepares to drop his oft-delayed sophomore album, Wande Coal has begun to work hard in the gym trying to lose some weight.