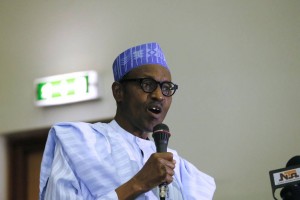 Igbo leaders in Nigeria, yesterday said that the 1999 Constitution guaranteed freedom of speech and “expression, manifested particularly in lawful protests, as a fundamental right”, in what seemed like a reaction to the latest arrest of MASSOB leaders in the country.

They also accused President Muhammadu Buhari of violating the constitution by ruling the country without ministers since May this year.

These were contained in a communique signed by the Chairman of the Igbo Leaders of Thought (ILT), Professor Ben Nwabueze, SAN, after its meeting at MODOTEL Hotel in Enugu, yesterday.

The communique entitled, “PLENARY MEETING OF THE IGBO LEADERS OF THOUGHT,” read, “The ILT met in a full session Thursday, October 22, 2015 and deliberated extensively on the state of the nation.

“The ILT noted that five months since he was sworn in President Buhari has not been able to form a government but has continued to rule alone.

“The ILT noted that the President Buhari has violated the Constitution of the country in so many ways including the appointments he has made so far.

“The ILT noted that President Buhari’s one man rule has generated much tension in the land, and has caused serious retardation of the economy, social dislocation, insecurity and polarization along ethnic and religious lines.

“The ILT supports the fight against corruption provided it is not selective and subject to constitutional limitations on power, especially limitations arising from our federal system and the guarantee of civil and political rights.

“The ILT reminds the President that the main problem of the country today is the national question, which demands, among other things, the restructuring of the federation, and calls on him to set up immediately the machinery for the purpose and for the implementation of the 2014 National Conference resolutions.

“The ILT noted that the Fulani cattle-rearers have continued to constitute a menace and security problem in the country and calls on the President to restrict them to cattle ranches as is done in all cattle-rearing countries all over the world.

“The ILT condemns in no uncertain terms the movement of Boko Haram terrorists to the prison in Ekwulobia in spite of the protests of Anambra State people.

“There is no reason or justification for this act if it is not to further threaten the security of Anambarians many of whom are victims of the sect’s violence and have been driven out from North-Eastern part of the country.

“If the Boko Haram insurgents are awaiting trial, simple logic dictates that they should be located near the courts in the North-East. In any case such criminals should not be allowed to contaminate and endanger the security of non-members of the sect.

“There is a feeling among Ndigbo that these Boko Haram insurgents are advanced groups of Jihadists, just like the Fulani herdsmen roaming over the South-East, South-West and North-Central armed with AK47 guns.

“The ILT would like to remind President Buhari that there are thousands of internally displaced persons (refugees from North-East) in Igbo land who also should be catered for like other IDPs in other parts of the country.

“The ILT noted that Igbo young men who are protesting against brazen injustices against Ndigbo are being hounded. The ILT would like to remind the President that the constitution of this country guarantees freedom of expression, manifested particularly in lawful protests, as a fundamental right.”