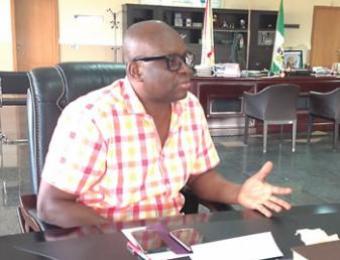 Governor Ayodele Fayose of Ekiti State has called on President Muhammadu Buhari to probe all the past administrations, to prove “he has something to offer”.
He also said the way and manner President Buhari would handle the November 21 and December 5 governorship elections in Kogi and Bayelsa States respectively “would determine if he likes democracy to grow in the country”.
The Ekiti governor said it was unfortunate that despite the nation marking her 55th independence anniversary, her developmental strides had not been commensurate with her age.
According to a statement on Wednesday by his Chief Press Secretary, Idowu Adelusi, the governor called for the strengthening of core values for the country to take its pride of place among its peers.
Fayose also called for greater commitment on the part of leaders to get the country out of the woods while lamenting the current economic situation in the country.
“But today calls for sober reflection, going by events in and around us. The situation has never been this bad in the country and there is nothing to celebrate.
“Our country is growing in age as an independent country, but there is no corresponding growth in values. Those who are supposed to help propel those core values are muzzling the opposition and the imaginary enemies. The current leadership in the country should have the courage to probe all the leaderships of the past. There should be no sacred cow if truly they have anything to offer.
“The mismanagement of yesteryears, especially since we started the Fourth Republic, should be probed. It will not augur well for our nation if we are selective in the dispensation of justice. Leaders must be equitable and fair to all. Everybody must be diligent in playing our parts. The current civilian dispensation in the country must be supported and allowed to thrive”, he said.
Governor Fayose also urged the Federal Government to address the dwindling economy and stop selective fight against corruption and the harassment of the opposition.
“If President Muhammadu Buhari believes in democracy, he will be judged in the way he handles Kogi and Bayelsa governorship polls”, he added.
Fayose also showered encomiums on former President Goodluck Jonathan for the manner he handled the last general elections.
“Former President Goodluck Jonathan played his role and posterity will have a good place for him in history. He anchored free, credible and fair polls that heralded in the current leadership in the country. President Jonathan should be declared the hero of our democracy and a man of honour”, he noted. 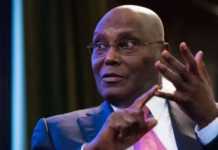