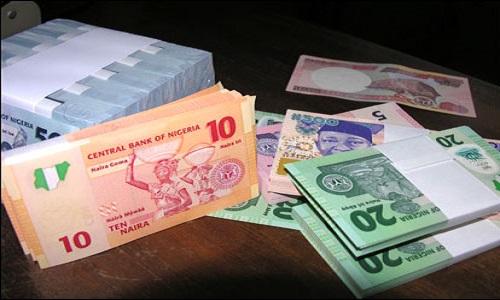 As Nigeria celebrate her 55th Independence anniversary on Thursday, the Muslim Rights Concern, MURIC, has called on the Federal Government to immediately return the Arabic Ajami script removed from the nation’s naira notes by the Central Bank of Nigeria (CBN).
MURIC Director, Prof. Isiaq Akintola, made the call on Wednesday in his independence anniversary message to felicitate with the government and Nigerians.
“We call for the reinstatement of the Arabic Ajami which was removed from the naira by the last administration of Dr. Goodluck Jonathan after subterranean pressure from some unpatriotic religious leaders. Nigerian Muslims regard the removal as an act of hostility taken to spite Muslims. We consider it as a step taken to satisfy a section of Christians who had been secretly agitating for the removal of Arabic graphics from some official emblems used in Nigeria.
“We see the removal of Arabic from the naira as absolutely unnecessary and an action taken by Jonathan to spite Nigerian Muslims. We hereby state without any fear of contradiction that the use of Arabic as part of the graphics on our emblems does not in any way portray the imposition of Islam or its landmarks on Nigerians. This is so because Arabic stands parri pasu with English graphics wherever the former is used. “English graphics represent Westo-Christian civilisation while Arabic graphics symbolise Islamic culture. Those who insist that Arabic must be removed from our emblems nurse an agenda of domination by elimination”, Akintola said.
The MURIC boss argued that whoever insists on the removal of Arabic Anjami from the naira and from other emblems must accept the equal removal of English graphics from the same materials, adding that after all English is the language of the Bible as it is known in Nigeria and it is on the nation’s naira and all other emblems.
He added: “By the way, apart from massaging the ego of Goodluck Jonathan and satisfying the narrow interest of Muslim-haters, what has Nigeria gained from removing Arabic from the naira? We appeal to the Federal Government to redress this wrong”.