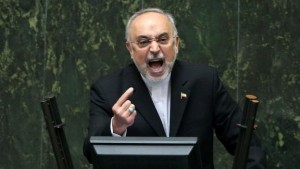 Iran’s parliament has approved a deal on its nuclear programme agreed with six world powers, state media say. The deal was passed with 161 votes in favour, 59 against and 13 abstentions, the official IRNA news agency said.

However, parliament insisted that international inspectors would have only limited access to military sites. The agreement, struck in July, authorises the lifting of sanctions in return for Iran curbing sensitive nuclear activities.

Iran insists that its nuclear programme is entirely peaceful. The deal between Iran and the so-called P5+1 – the US, UK, France, China and Russia plus Germany – was reached after 20 months of negotiations.

But it has come in for criticism from hardliners in both the US and Iran. In September, Republicans in the US Congress tried to sink the deal by voting on a motion of disapproval. Democrats, however, gathered enough votes to block the motion and handed US President Barack Obama a political victory.