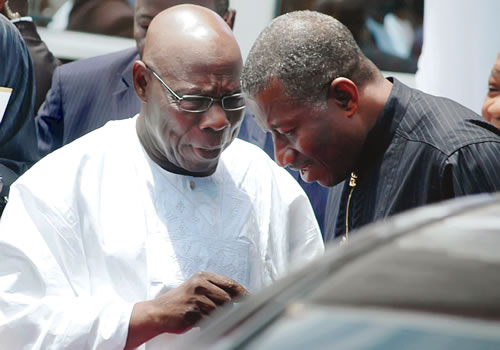 Former President Goodluck Jonathan has written to former President Olusegun Obasanjo, intimating him of his next public engagement and seeking the latter’s blessings for this new chapter in his life to service.

The former president is looking to follow in the footsteps of his estranged political godfather by establishing the Goodluck Jonathan Foundation, which will advance his interest in human development, peace and security.

Dr. Jonathan, who began the letter with the endearing greeting “Dear Baba”, informed Chief Obasanjo that following his handing-over of power to President Muhammadu Buhari, he proceeded on a “long deserved break”. 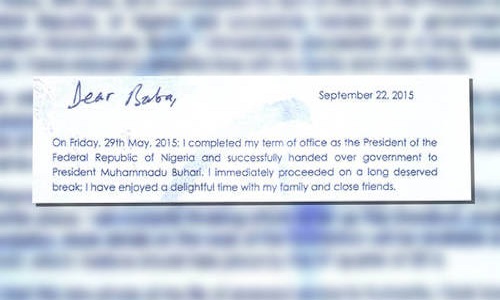 “Now well-rested, I am back to work to continue to serve and dedicate my life to promoting peace and prosperity for all”, adding that he has set up an office in his home state of Bayelsa where he can be reached, and his staff on hand to serve Chief Obasanjo and respond to his enquiries at all times. 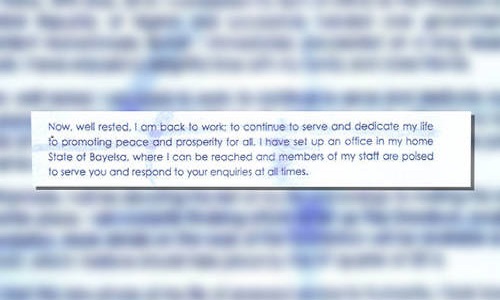 The letter dated September 22, 2015 and written on a letterhead which says “The Office of Goodluck Ebele Jonathan, President, Federal Republic of Nigeria 2010 and 2015” and exclusively obtained by SaharaReporters, further conveyed the former president’s decision to devote the rest of his life and energy to making the world a better place.

“Furthermore, I will be devoting the rest of my life and energy to making the world a better place”, it says.  “I am currently finalizing efforts to set up The Goodluck Jonathan Foundation.  More details on the work of the Foundation will be available at the launch, which I believe should take place by the 3rd quarter of 2016”. 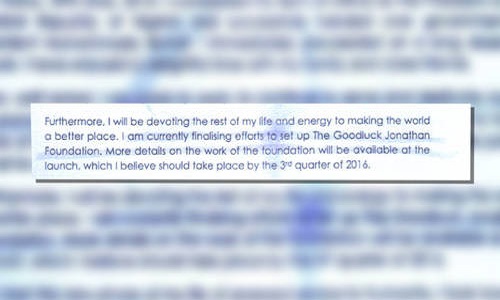 Given the no-love lost relationship between the former leaders especially at the twilight of the Jonathan Presidency, the letter seemed to be an attempt at making peace with the Owu farmer.

Chief Obasanjo, according to SaharaReporters, wrote a terse reply to Jonathan, wishing him good luck in his future endeavors.