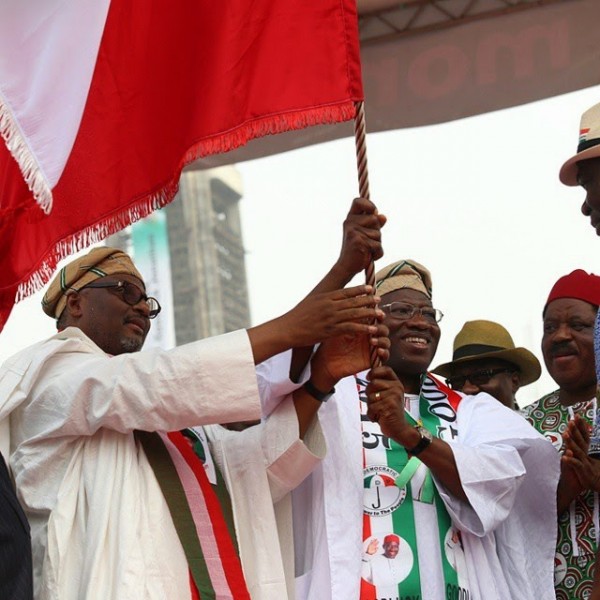 The All Progressives Congress (APC), Lagos State chapter, has said losing the March 28 presidential election put spanner in the works of the Peoples Democratic Party (PDP) to take Lagos by force.

A statement by the party’s publicity secretary, Mr. Joe Igbokwe, said the then ruling party would have deployed every available arsenal at its disposal, including security agencies and ethnic groups, to dislodge the APC-led government in Lagos, if Nigerians had renewed the mandate of former President Goodluck Jonathan.

“Had the PDP succeeded in stealing the Presidency on March 28, it would have used the Army, Police, DSS (Department of State Service), Civil Defence, Oodua People’s Congress, a section of Afenifere, and anything it could lay its hands on to ‘steal’ Lagos by force”, the APC said.

The party was reacting to last week’s ruling by the Supreme Court in an appeal by Jimi Agbaje of the PDP, in which Governor Akinwunmi Ambode was declared winner of the April 11 governorship election.

Mr. Igbokwe said the people’s resilience to free themselves from 16 years of oppression and the decision of Lagosians not to embrace a party that had been rejected, frustrated the plans of the PDP in the state.

According to him, the ruling from the highest court in the land confirmed that Lagosians voted for the APC, even as he assured them that the party would not let them down.

The statement reads: “The apex court’s verdict has proved beyond reasonable doubt that our candidate, Mr. Akinwunmi Ambode won the election fair and square, defeating Mr. Jimi Agbaje of PDP with more 160, 000 votes.

“We thank God for giving us victory both at the national and state level in spite of brazen impunity and injustice, intimidation, harassment, oppression, suppression, repression, political recklessness and abuse of power.

“The resounding victory from the apex court tells us in no uncertain terms that Lagosians have not forgotten how Alliance for Democracy, Action Congress, Action Congress of Nigeria and now the All Progressives Congress, transformed Lagos in the last 16 years and made it the fastest growing cosmopolitan city-state in Africa, the largest economy in Africa with a Gross Domestic Product (GDP) of more than $135 billion.

“The Supreme Court’s verdict is yet another call to duty and we know that Governor Ambode possesses the required skills, training, experience, character, discipline and the energy to consolidate the gains of the past 16 years.