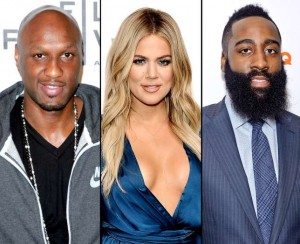 Super famous socialite, Khloe Kardashian and her NBA husband, Lamar Odom have called off their divorce and will give another shot at their marriage.

However, fellow NBA star James Harden is left in the cold after his sizzling romance with the reality star.

Khloe shockingly put an end to her relationship with Harden on October 21 when she and Lamar decided to remain married.
“James found out about Khloe taking Lamar back from friends texting him and Twitter. After that, Khloe got to him and they talked. He is OK with it because he is focused specifically on a NBA Championship, MVP of the league and how to spend his $200 million from Adidas. His life is alright. He is not going to let heartbreak ruin all the good he has in his life. He lives by the code — everything happens for a reason. So don’t feel bad for him,” a source tells Hollywood Life exclusively.