Jo Daniel
North Korean tyrant, Kim Jong Un has fired his own younger sister as his head of security over a series of security blunders this year that included him nearly being hit in the face with a guitar. 26 year old  Kim Yo Jong, (pictured right) was until recently in charge of his safety on visits around the country and promoting his image. 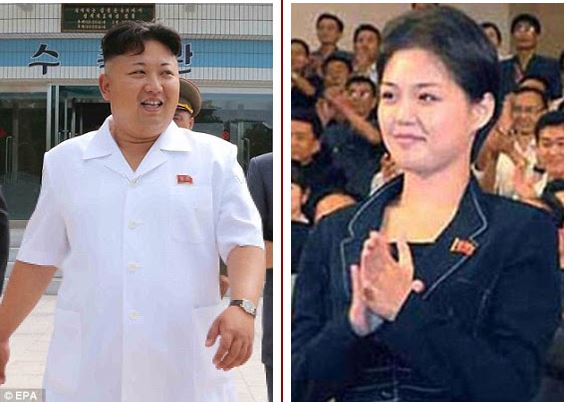 According to Daily Telegraph, in one incident during one of the dictator’s ‘field guidance tours’ of a farm, he was nearly bashed in the head by an over-excited musician wielding a guitar.

On another occasion, he was mobbed by a crowd of excited youths at a festival. While greeting the audience at the event in May, the crowd surged forward, seizing him by the arms and hands.
Ms Kim’s role involved heading up the North Korean Worker’s Party’s Propaganda and Agitation department, which is responsible for ‘assisting in consolidating Kim Jong-un’s power’ by implementing ‘idolisation projects’, according to a source in Japan.
She had been in been charge of his daily schedule, including every ‘detail of his fashion and hair style’, it was reported by Chosun Ilbo.
Source: Daily Telegraph/UK Daily Mail
Share
Facebook
Twitter
WhatsApp
Previous articleEnyeama’s Retirement: Sunday Oliseh Tells His Side Of The Story [VIDEO]
Next articleBREAKING NEWS: Election Tribunal Sacks Kashamu, 6 Others In Ogun
- Advertisement -