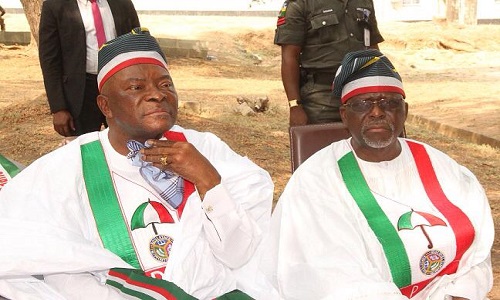 The immediate past Governor of Kogi State, Alhaji Ibrahim Idris, has said that his successor, Capt. Idris Wada (retd.), needs another four years to consolidate on his ongoing projects scattered across the 21 local councils of the state.

Idris, who made this known while speaking at Odo-Ere, headquarters of Yagba-West Local Council of the state, also said that Governor Wada has performed creditably well to deserve a second term.

The former governor, therefore, called on the people of the State to vote en mass for Wada, who is the Peoples Democratic Party (PDP) candidate in the November 21 gubernatorial election to enable him do more for the people of the state.

Also speaking, Governor Wada, who said he has delivered on his mandate for the first term, urged the electorates to reciprocate the gesture by voting for him in the forthcoming polls.

“We have done a lot in the last few years in office, we have provided education, electricity, health care service. We have completed some of the projects we embarked on.

“We are going back to consolidate on what we have done”, Wada pledged.