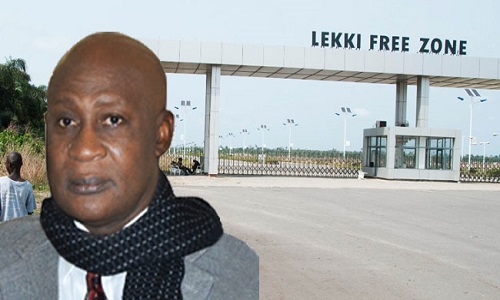 The All Progressives Congress in Lagos State has condemned the assassination of the Managing Director of the Lekki Free Trade Zone, Tajudeen Disu, and three other people in Ibeju Lekki area of the state on Monday while on official duty.

The governing party in the state described the murder as inhuman, beastly and barbaric and urged the security agencies to leave no stone unturned in bringing the perpetrators and their sponsors to book.

In a press statement issued on Tuesday in Lagos and signed by its Publicity Secretary, Joe Igbokwe, the Lagos APC said that the killing of Mr. Disu posed a grave danger to the effort to develop the state and country at large, pointing out that the act was perpetrated by those intent on constituting cogs in the wheel of progress in Lagos and Nigeria.

It said that all efforts must be made to fish out all those remotely and actively involved in the murder and bring them to justice so as to send a strong signal that such criminal acts are not parts of the new Nigeria that is fast evolving.

“We wonder what could make the perpetrators of the gruesome killing of Alhaji Disu resort to such extreme display of bestiality if not for pristine interests that are not In consonance with the progress and well-being of Nigerians and Lagosians. We believe that the perpetrators of such heinous crime were sworn enemies of progress who were bent on daring the law to execute their deadly interests. We believe that the law must exert maximum pressure to send the message down that such extreme cases of bestiality are not tolerable under the new order that is evolving in Nigeria today”, the party said.

“That Alhaji Disu would be killed in such gruesome manner while on official duty portends grave danger to the interests of Lagos and Nigeria and says so much about the dark interests of the perpetrators and their sponsors and the system must exert due punishment on them to send messages to intending perpetrators of such dastardly acts that selfish interests should not override the common good.

“Alhaji Disu was a tested and competent technocrat that had worked so hard for the progress and development of Lagos. His commitment to the effort to provide conducive environment for investments in Lagos is unquantifiable and his dreams of a Lagos that drives innumerable investments and limitless opportunities remain indelible. Lagos will miss this rounded technocrat.

“Lagos APC calls on all security agencies to ensure nothing is left to chance in the effort to bringing his killers and their sponsors to justice. We demand for added efforts on the parts of the security agencies to ensure that all those directly and remotely involved in the assassination of a Alhaji Disu are apprehended and brought to justice. We see this as a way to send signals to criminal elements that place their selfish interests above the common interest that such heinous crimes do not pay”.

Meanwhile, the Chief Magistrate Court in Ebute Metta, Lagos, on Tuesday granted the State Criminal Investigation Department (SCID) leave to remand in custody, 17 suspects held in connection with the killing of Mr. Disu.