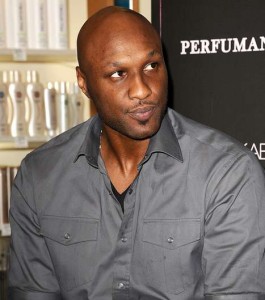 Law enforcement sources say the Nye County Sheriff’s Department received the results of the blood that was drawn at the hospital in Las Vegas and it showed cocaine was indeed in Odom’s system when he was admitted, TMZ confirms.

According to Sheriff Sharon Wehrly, if there was cocaine in his blood, it was “distinctly possible” he would be prosecuted for drugs.

However TMZ claims the 35-year-old champion has nothing to worry about because  even if he’s prosecuted he won’t do time.
Although cocaine possession carries a 1 – 4 year prison sentence in Nevada, first time offenders routinely get drug diversion.