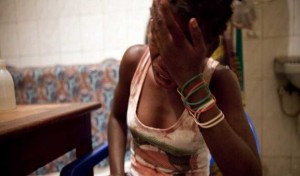 A 46-year-old landlord, simply identified as Sunday, was last Friday arrested for allegedly raping a 10-year-old daughter of his tenant at Bonugo village in Kwali Area Council in the Federal Capital Territory (FCT). A source who craved anonymity disclosed this to our reporter on Sunday, saying the incident happened after the victim’s parents, who are tenants in Sunday’s house, went out to visit a relative.

He said the accused allegedly lured the girl into his room and raped her, causing serious injuries on her private part, adding that it was two days later, when the parents discovered that their daughter was not walking properly that they asked her what was wrong with her.

“The man, after raping the girl, threatened to kill her if she told her parents. The mother noticed the abnormal way she was walking and asked her what was wrong but she refused to talk,” he said.
City News gathered that it took the intervention of a relative of the victim who threatened to beat her if she refused to tell her parents what was wrong before she told her parents the landlord had lured her inside his room and defiled her.
Our reporter learnt that the parents of the girl immediately reported the matter at the police station at Kwali, and the suspect was subsequently arrested and detained.  Efforts to get the reaction of the Kwali Divisional Police (DPO), Mr. Yakubu Moahmmed, were not successful, as he did not pick several calls put across to him, but a police officer who craved anonymity confirmed the incident, saying the suspect would be charged to court on Monday.