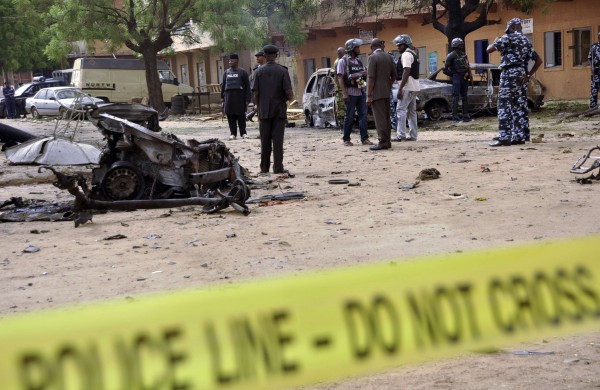 Dozens of worshipers were killed on Thursday when two suicide bombers blew themselves up in a mosque in Maiduguri which has been hit repeatedly by Boko Haram militants.

“All the people in the mosque died. Not a single one escaped,” said Muhtari Ahmadu,

Borno state police confirmed the attack, but put the death toll at 14.

Following the explosions, the mosque collapsed and injured “many people praying”, the police said in a statement.

“Casualties were evacuated to UMTH (University of Maiduguri Teaching Hospital) and specialist hospitals in Maiduguri.

One of the attackers set off the first blast when he entered the mosque, they said. The second bomber detonated his explosives soon after, when many had rushed to the scene to help the first victims. Rescuers and sympathizers gathered in front of the bombed mosque, the second bomb went off, killing scores. The Unfortunate incident happened at 6:30 pm in Molai, in the western suburbs of Maiduguri. The suicide bombers were disguised as worshipers, and blew themselves up during the course of prayer.

The city has been hit repeatedly since President Muhammadu Buhari came to power on May 29 with a vow to obliterate Boko Haram.